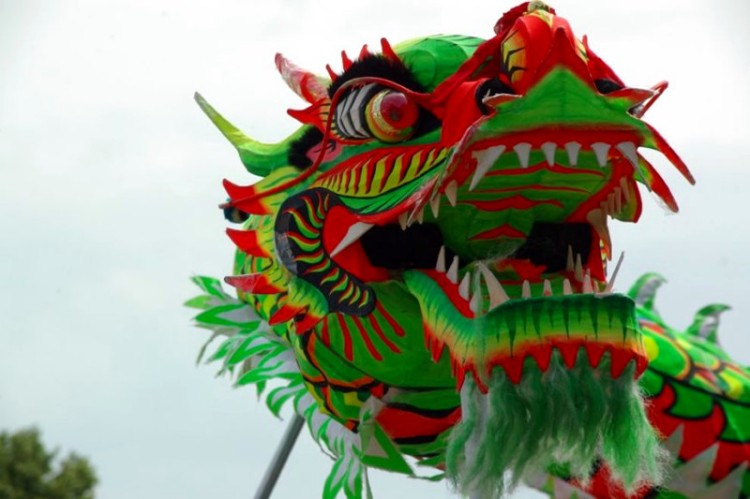 China has big plans for Latin America—plans that seem to reflect China itself: massive and ambitious.

There are plans for a $10 billion, 3,300-mile-long transcontinental railroad snaking through the jungles of the Amazon river basin and over the highest mountain range in Latin America, linking the Atlantic shore to the Pacific. There’s talk of a $50 billion supersized canal carving a 161-mile-long swath across Nicaragua, offering passage to the megatankers of tomorrow and overwhelming even the newly expanded Panama Canal to its south.

There are more. Many more. These gargantuan projects are aimed at fueling China’s needs for resources and feeding South America’s need for energy and infrastructure. But geopolitics also play a role as China strives to make Latin America an economic partner, if not a counterpoint to the United States.

In fact, China’s investments in Latin America, from mining to massive hydroelectric dams, nuclear reactors and railroads, grew by 500 percent between 2000 and 2010, totaling nearly $100 billion, with another $250 billion in spending promised over the next decade. And while the U.S. still accounts for more than three times as much in trade and investment in the region, some analysts see disturbing signs in the steadily shifting balance.

In 2000, the Chinese portion of Latin American trade was about 2 percent. The U.S. share was 53 percent. Ten years later, the Chinese share was up to 11 percent and the U.S. portion was down to 39 percent.

“Clearly we are still the dominant player vis-à-vis them,” says Francisco Cerezo, the U.S. head of DLA Piper’s Latin America corporate group. “But it does speak to the trend. And I would be more concerned about the trend and making sure you right the ship and you focus on it properly.”

The past two decades of forays into Latin America come as part of China’s “go global” plan. Its first priority: raw resources to fuel its economic growth. China is heavily, and increasingly, dependent on imported oil. Its energy needs led it to offer some $65 billion in loans to Venezuela’s government in the last decade, according to the Washington nonprofit Inter-American Dialogue, along with direct investments in oil production and infrastructure there.

China also single-handedly accounts for nearly a fourth of the world’s copper demand, along with significant demand for tin and iron ore. “That’s why you see them coming into Latin America’s mining sector, which is huge,” says Jerry Brodsky, a partner and director of the Latin American practice group at Peckar & Abramson. “It’s perhaps the largest economic driver in Latin America’s mining.”

China gets much of its copper from Chile, while the China-based Chinalco Mining Corp. International put $3.5 billion into the Toromocho mine in Central Peru, giving it control of “the world’s second largest preproduction copper project, as measured by proved and probable copper ore reserves,” according to the company’s website.

The China Three Gorges Corp. has been rapidly acquiring hydroelectric dams in Brazil since 2013, paying nearly $4 billion in June to take over operation of two of the country’s largest dams, with a combined capacity to produce 5 gigawatts of electricity. That came just three months after China Three Gorges announced a proposal to build a new 8-gigawatt dam on the Tapajos River.

China’s State Grid Corp. is developing two transmission lines to deliver power from the Belo Monte dam in the Amazon basin. Last year, state-owned China National Nuclear Corp. signed a $15 billion deal to build Argentina’s fourth and fifth nuclear power plants, roughly doubling the amount of electricity generated by the country’s nuclear plants. Construction of the first of the new reactors, in cooperation with Argentina’s state-owned Nucleoeléctrica, is due to begin early next year.

These projects come on top of the nearly $42 billion that China invested in infrastructure in Latin America in just 2013 through 2015 alone. China is finishing construction of a space tracking, telemetry and command facility in Patagonia, Argentina, complete with a pair of maneuverable parabolic antennas, engineering facilities, and a $10 million electric power plant.

China Harbour Engineering teamed up with local partners to win the contract for Autopista Mar 2, a 152-mile motorway connecting four towns north of Medellin, Colombia. And, in May, it landed a $465 million road contract in Costa Rica.

“They’re providing what the specific markets need,” says Brodsky. “They follow the path of least resistance. Latin American needs infrastructure. Brazil has an insufficient production of local energy. So does Argentina. The road projects in Colombia are booming right now because for 30 or 40 years they spent all their money fighting the guerrillas, and they didn’t pay attention to their road infrastructure. So now there is an accelerated program in Colombia for road building.”

The nature of the projects also plays to China’s strengths. Despite its recent economic slowdown, China remains flush with money from its boom years. Combined with the technical expertise that it has built with domestic projects and industries, those deep pockets allow China’s state-owned companies to compete at a scale that few challengers can match.

“When you get to that level of megaprojects, there are not that many qualified bidders out there­—people that have not only the technical capacity but the financial capacity,” Brodsky says, adding that Chinese companies “have the money to self-fund a lot of their projects, and that makes them very competitive when it comes to bidding for big, large projects in Latin America.”

Pierre is highly dedicated, passionate and experienced in international NGO Management and Development programmes as well as Private Sector consulting in Latin America and the Caribbean, with six languages under his belt and tens of thousands of kilometers travelled, he has seen up close the needs of humanity. Taking a holistic approach, this website endeavours to share life lessons, concepts and stories to reflect upon and apply on a daily basis. View more posts